Look To The Light - Hanukah 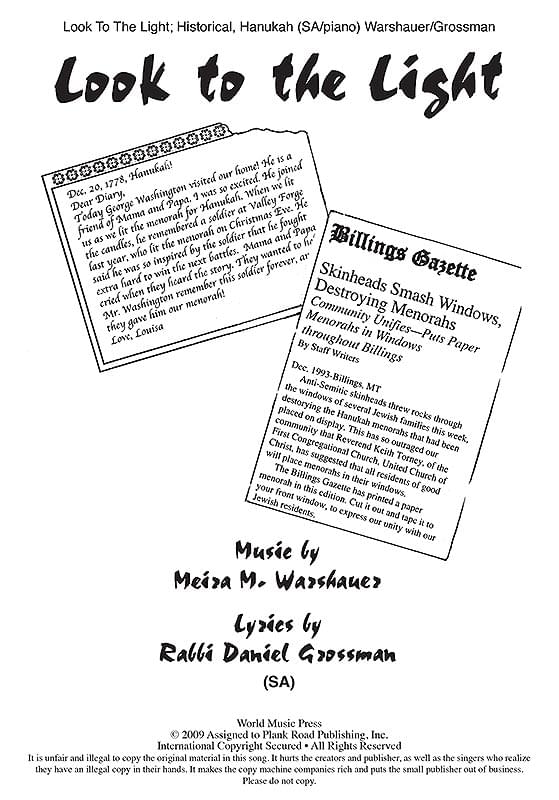 This Hanukah song, with words by Rabbi Dan Grossman and music by Meira Warshauer, features the following three historic events that celebrate freedom and unity.

Narration is included. This is sure to become an all-state selection. SA; SAT/B.